Metaphrog are Franco-Scottish duo
Sandra Marrs and John Chalmers, winners of the
Sunday Herald Scottish Culture Awards Best Visual Artist 2016.
They will present their stunning new graphic novel
adaptation of The Little Mermaid in a special signing
at The Million Year Picnic, as part of a
tour supported by Creative Scotland.
www.metaphrog.com | Twitter: @metaphrog

In Flying Couch Amy Kurzweil tells the stories of three unforgettable women: her own coming-of-age as a young Jewish artist, her mother, a psychologist, and Bubbe, her grandmother, a World War II survivor who escaped from the Warsaw Ghetto. Captivated by Bubbe’s story, Amy turns to her sketchbooks, teaching herself to draw as a way to cope with what she discovers. Entwining the voices and histories of these three wise, hilarious, and very different women, Amy creates a portrait not only of what it means to be part of a family, but also of how each generation bears the imprint of the past. 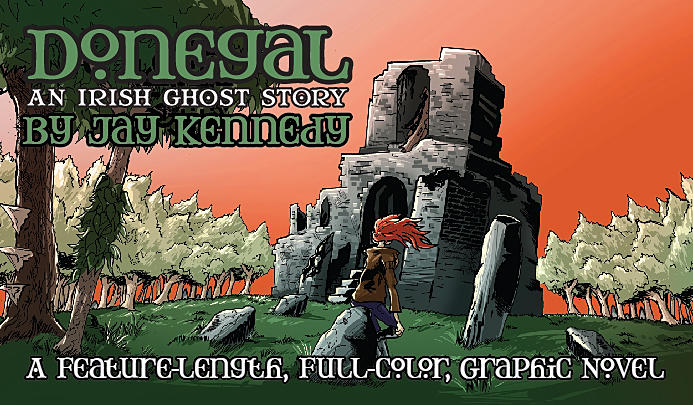 Jay Kennedy‘s new book DONEGAL: AN IRISH GHOST STORY TP is out and Jay will be at the Million Year Picnic THIS WEDNESDAY, 22 July 2015 signing copies from 4-6pm. Jay’s work includes 2:03AM, GRITTY COMICS, THE SLEEPLESSNESS, and DISTRACULA.

Thanks James for stopping by the store and meeting with readers and local creators.
END_OF_DOCUMENT_TOKEN_TO_BE_REPLACED

Comics creator and rock star James Kochalka will be signing at the Million Year Picnic comic shop on Thursday from 5-7pm. Kochalka’s new book is THE GLORKIAN WARRIOR DELIVERS A PIZZA, available in both soft and hardcover editions. Perhaps best known for his ongoing autobiographical comic AMERICAN ELF, Kochalka is an Ignatz and Harvey award winner with multiple nominations for the Eisner. He is an incredibly prolific comics creator with books for both adults and kids of all ages. His song “Hockey Monkey” (recorded with The Zambonis) was the theme song for The Loop, a TV show from Fox.